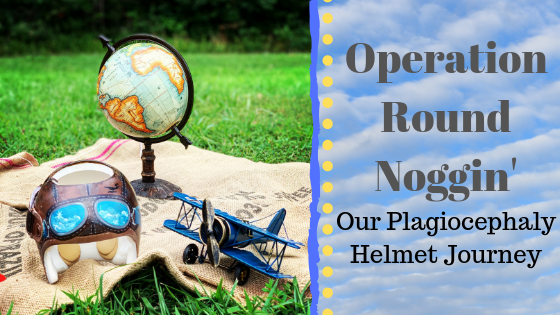 I remember my Nana telling me about when she saw my aunt’s head for the first time, she cried. It was cone-shaped from the ole’ birth canal. The nurse told her not to worry and just rub her head to reshape it. I guess it worked because my aunt has a great looking noggin’.

I can definitely sympathize with Nana’s worries. Rowan’s head became misshapen. His head formed a flat spot because he laid in a hospital crib for six months before coming home. NICU nurses turn babies every three hours like a rotisserie chicken to try to prevent flat spots, but sometimes they happen anyway. Our little man favored turning his head to the left which is where his flat spot formed. 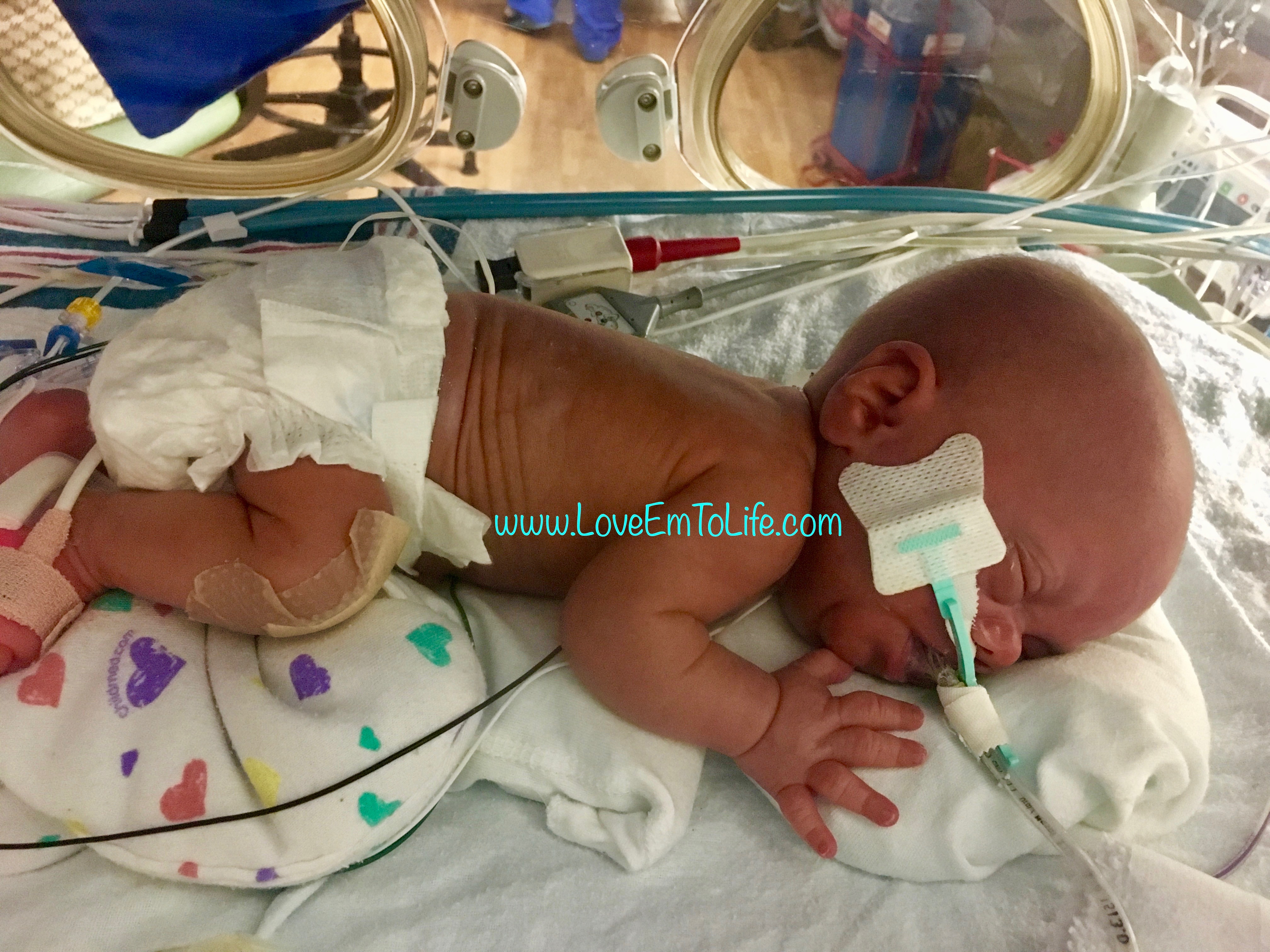 Once we began noticing Rowan’s flat spot in the NICU, we began intentionally positioning him on the opposite side more often. A physical therapist worked with him several days a week to stretch his neck muscles, so he’d feel more comfortable turning his head either way instead of favoring the left side. When we went home, we began tummy time, and he hated it! We bought toys and mats to encourage play on his belly, but nothing made him happy. Still we did our required minutes of tummy time per day even though he protested through the whole process. 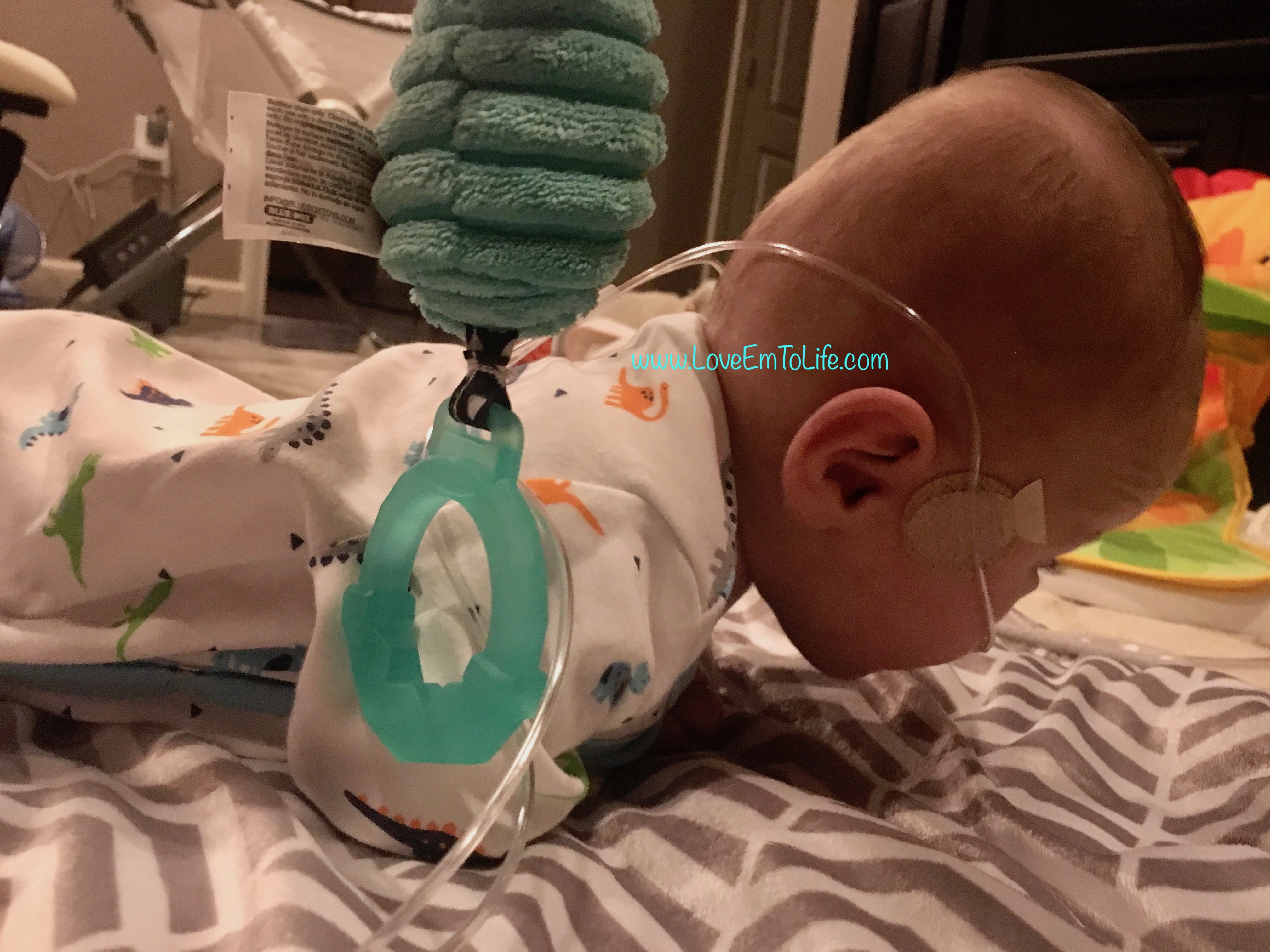 When he was nearly a year old and his spot was still flat, his doctor recommended him for a helmet. Growth always happens towards the path of least resistance. Since Rowan enjoyed lying with his head turned slightly to the left, his head didn’t grow in that direction resulting in a flat spot. Many people think the helmet is tight and “molds” the head into shape. That is incorrect. The helmet relieves pressure on the flat areas.  There is a gap above the flat spots to allow room for growth, and it fits snugly over the rest of the head.

Flat spots like Rowan’s are called positional plagiocephaly. It is becoming more common these days, even in typical, non-hospitalized babies. This is more than likely due to the “Back to Sleep” campaign started in 1992 to reduce Sudden Infant Death Syndrome (SIDS). Back to Sleep recommends that babies sleep on their backs with absolutely nothing in the crib. It is estimated that 46% of babies have flat spots, but only 10% actually end up needing helmets.* 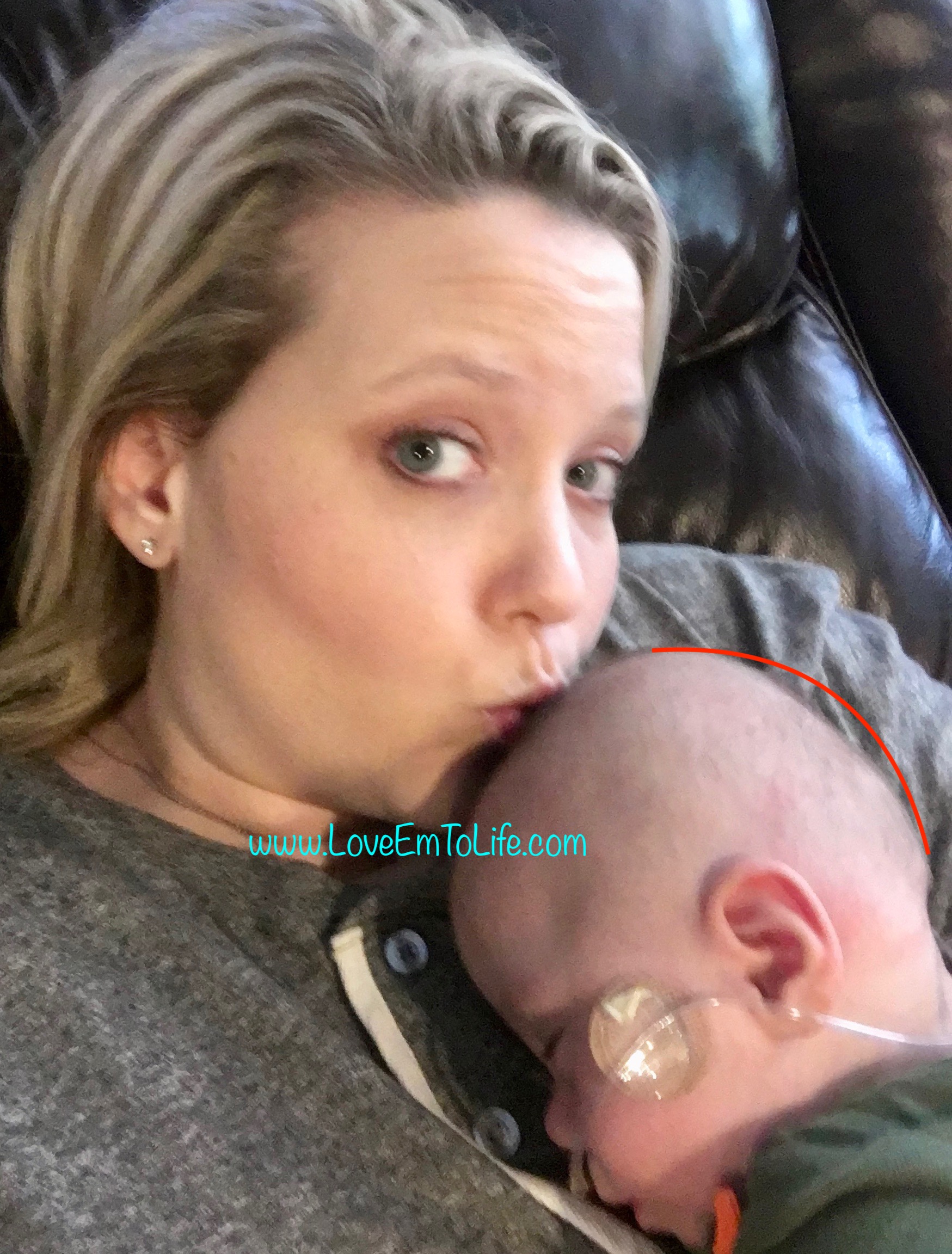 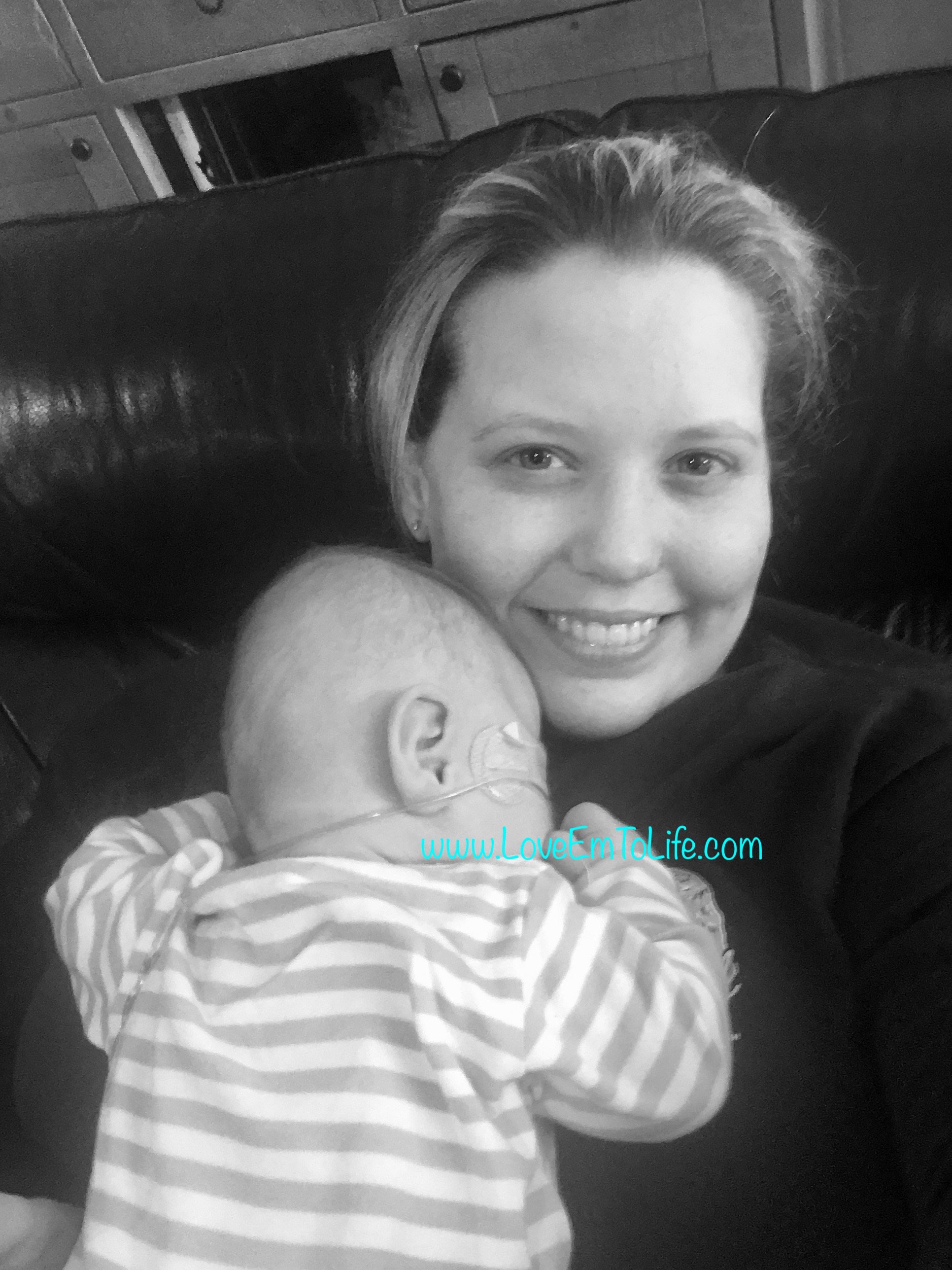 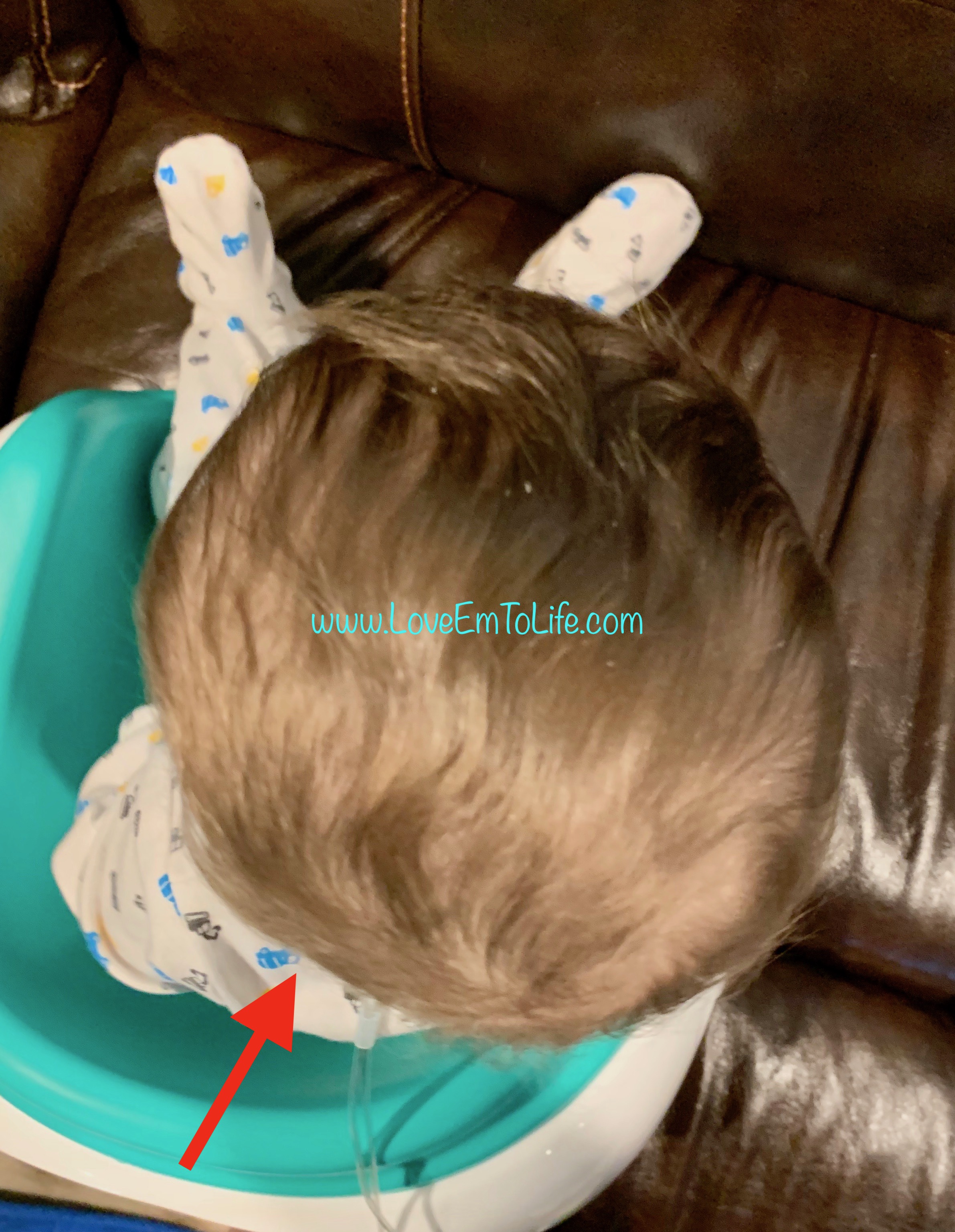 The process of getting the helmet was easy, just a simple scan of Rowan’s head while wearing a cute little white bonnet. The scans were sent to the STARBand company who manufactured Rowan’s custom helmet specifically for his head shape. There were many designs to choose from, but none were cool enough for our Rowan. Luckily, I have a friend who is an artist. She agreed to paint the helmet for us and did a phenomenal job! (Thanks Rylee at Chambers Handmade, LLC!) Pictures of the finished helmet are at the end of this post! 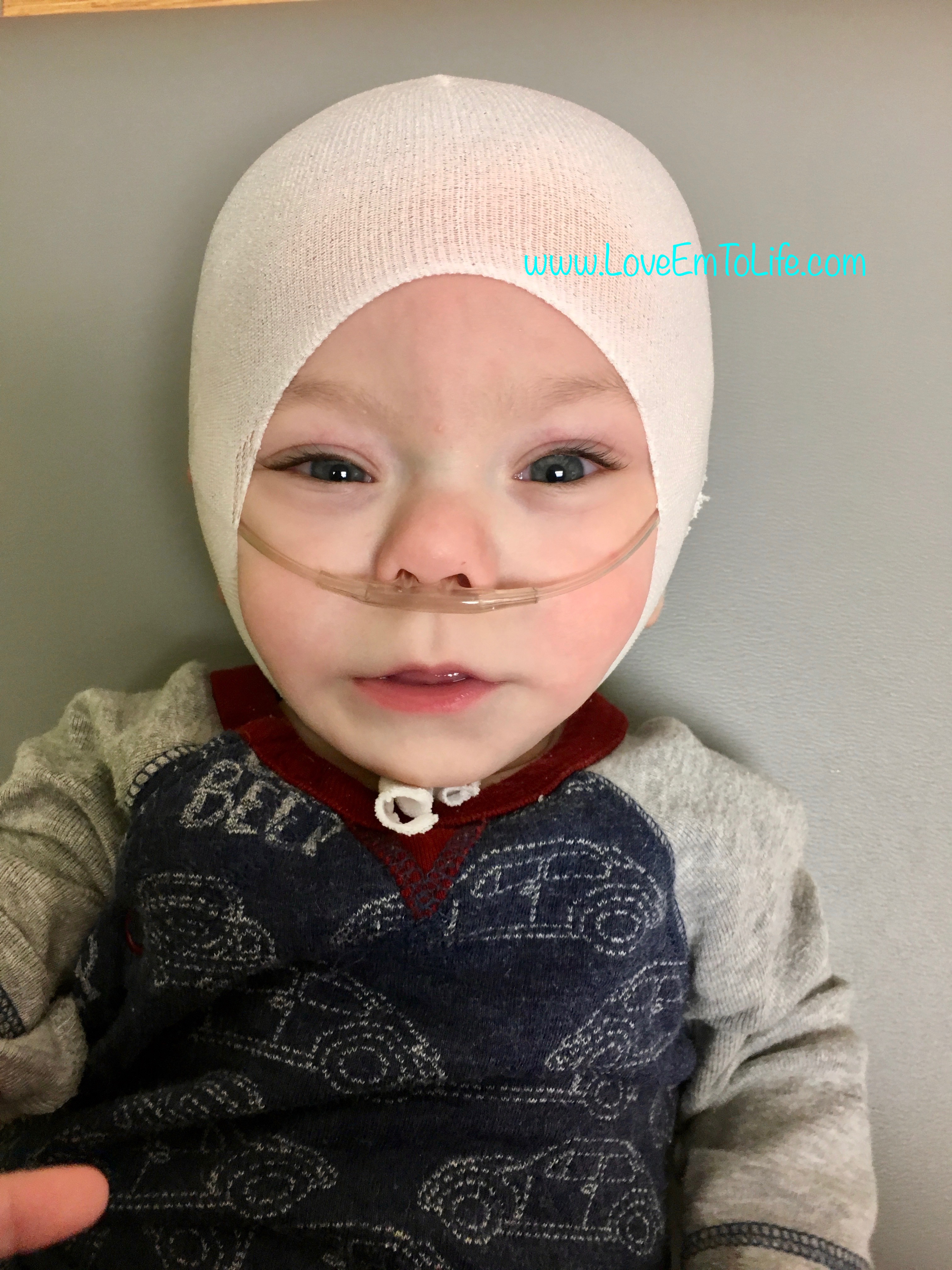 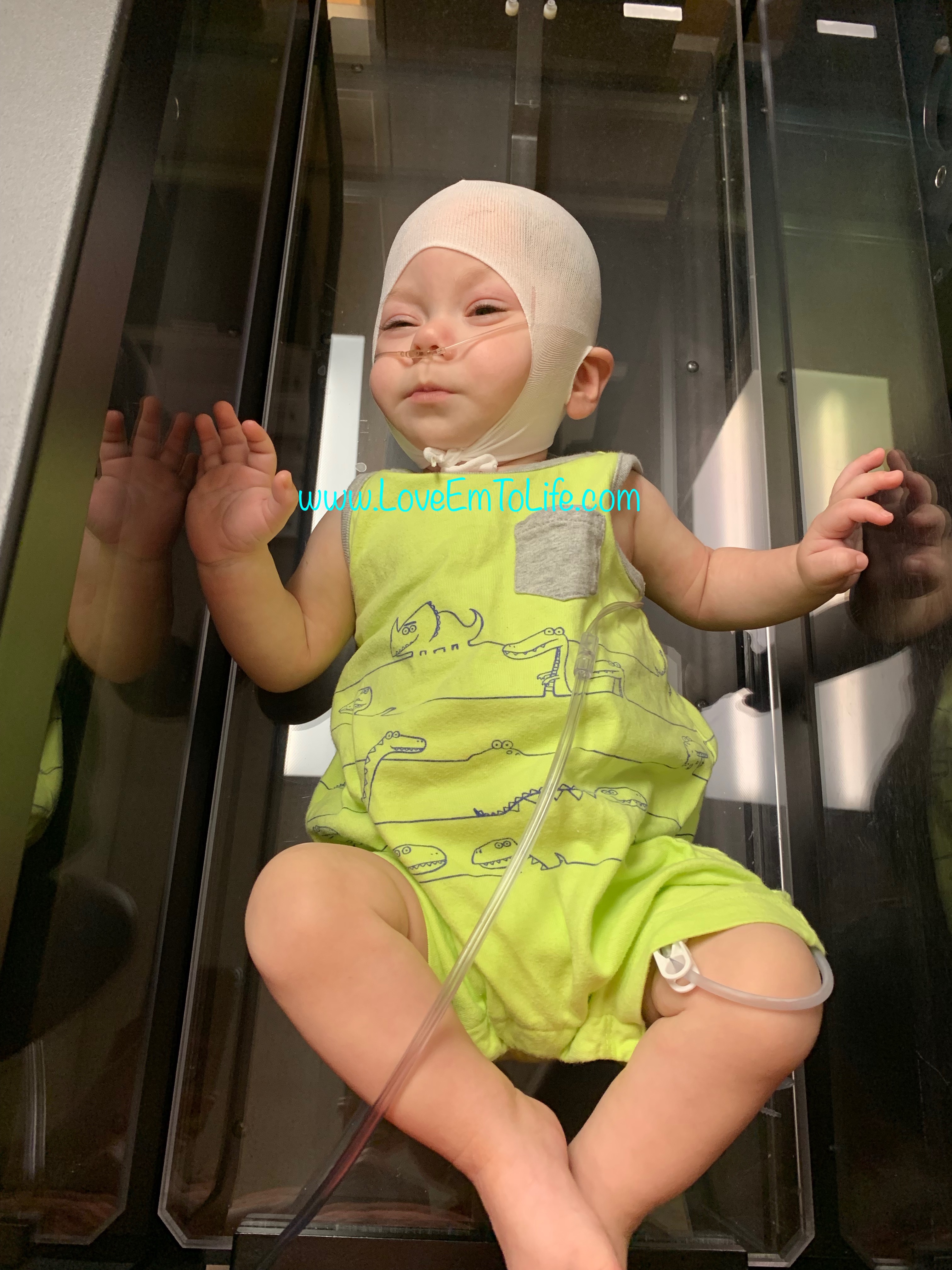 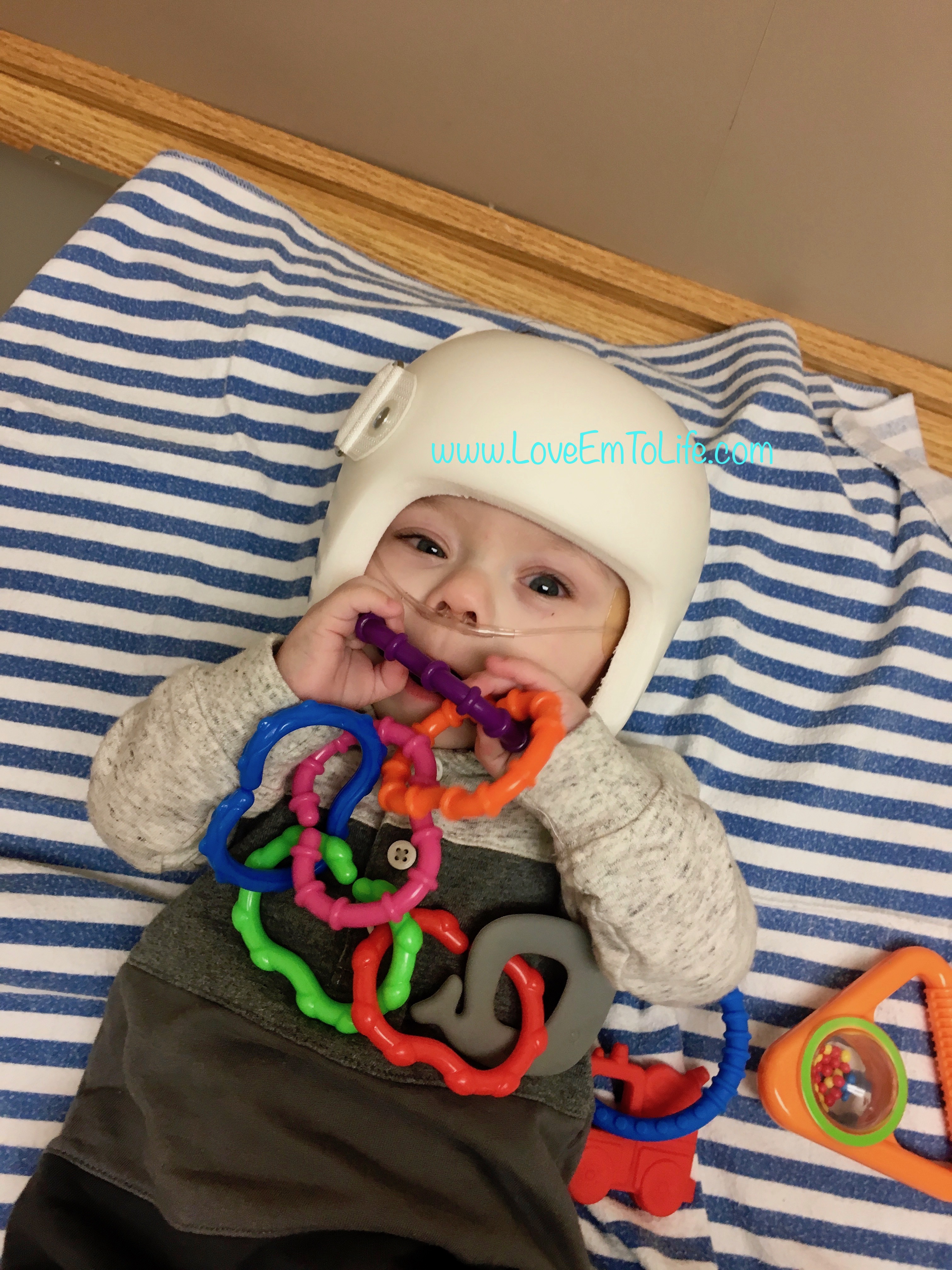 Honestly, the helmeting process has been tougher on this mama than on Rowan!  I’ll never forget the first time I cuddled him with the helmet on; it felt like my warm, squishy baby had turned into a cold, hard plastic robot. Out of all the things he’s been through, surprisingly this was one of the hardest on me. It’s because it’s a big, clunky outward reminder of all the things we’ve been through. It’s something that could possibly have been prevented, especially had he not been intubated for so long. The helmet was just one more “thing” to add to the list of my responsibilities and monthly appointments.

Each day he is to wear it for 23 hours! The stink and sweat inside the helmet is unbelievable! Even after we clean the helmet and wash his hair, there is a stench that sticks around. Sometimes, the helmet rubs and chaffs his skin, so we have to go in for extra appointments to get it adjusted.

Being the stubborn fella that he is, I really thought Rowan would despise wearing helmet, so I was on the fence about whether or not to go through with it. But he doesn’t mind it one bit! In fact, I think it’s possible he may like his helmet (or as we refer to it: his “hat”). He likes banging toys against it to listen to the sounds they make. A grin lights up his face when his daddy lightly knocks on it. Head-butting while wearing the helmet is a blast, apparently. Let’s not fail to mention in softens the blow of all of my daredevil-baby’s falls.

Plagiocephaly is cosmetic, meaning it does not cause medical complications. Since I thought he’d be miserable wearing the helmet, I wasn’t sure I wanted to put him through it just to make his head look pretty. However, I thought about what Rowan might want in the future. The window of opportunity to correct head shape is small and would have to be done now while his bones are still pliable. It’s not something he can choose to do when he’s older.

We aren’t sure how much longer Rowan will be wearing his “hat”. The general guideline is to wear it until he shows zero growth for two months in a row. So as long as there’s progress happening, he’ll be wearing his helmet.

Even though it’s not my favorite thing and I miss being able to kiss his forehead and run my fingers through his hair, I’m glad I decided to “fix Rowan’s flat!” He is making slow, but steady progress. I can tell a difference already!

If you’re a “Plagio-Parent” looking for helmet designs, tips, or information, check out my Pinterest board HERE!

NOW, WHAT YOU’VE ALL BEEN WAITING FOR!!!

My sister and I did an ameteur photo shoot of Rowan in his helmet! Enjoy! 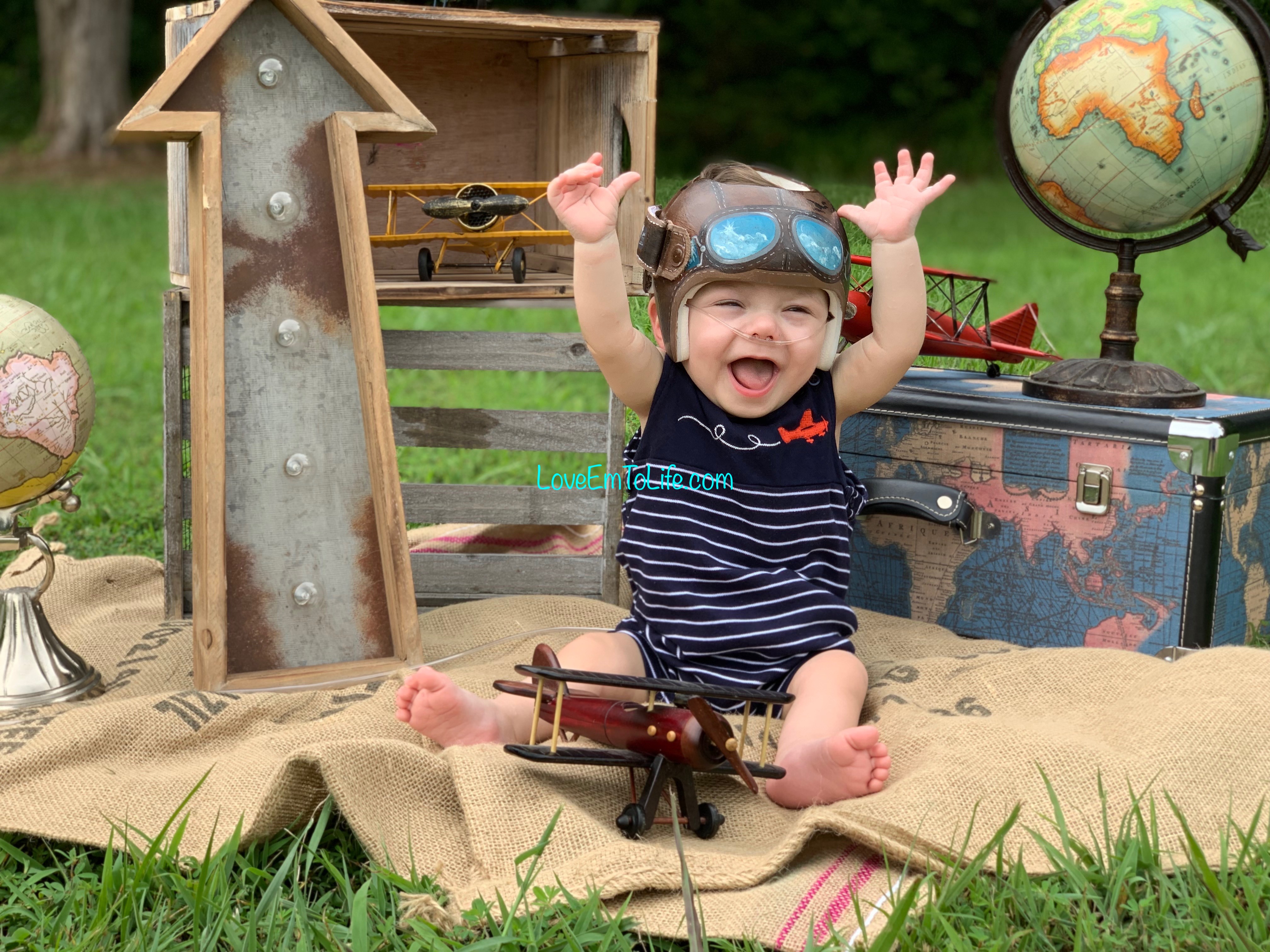 VIEW MORE PICTURES BY CLICKING THE BUTTON BELOW!

Leave me your information and I'll send you updates and prayer requests for Rowan and our family!

I promise it will only be me sending you messages, and I won't overdo it! 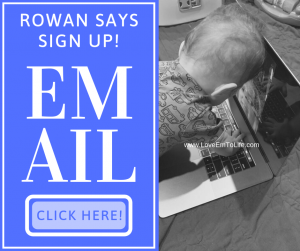